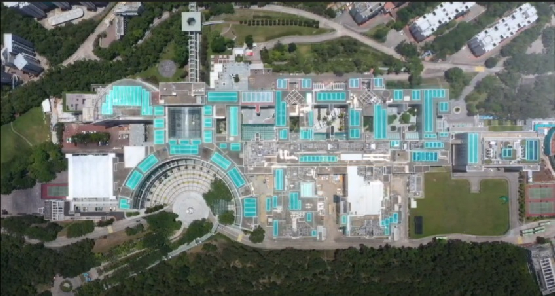 HKUST will install up to 8,000 solar panels at over 50 campus locations 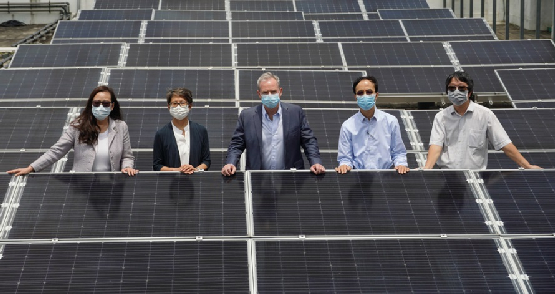 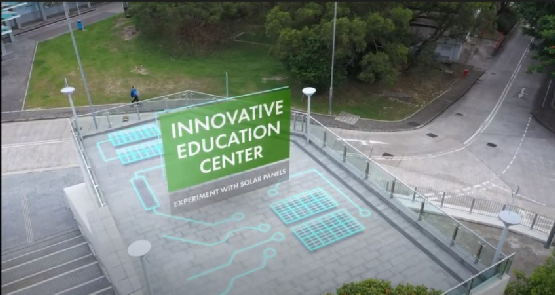 HKUST will set up an innovative education center 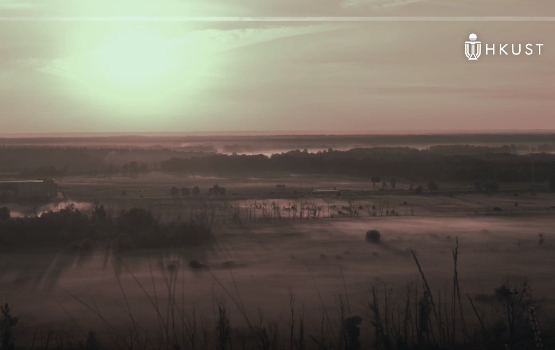 The system will generate up to 3 million units (kWh) of electricity each year - equivalent to the annual electricity consumption of more than 900 three-member households in Hong Kong1, and reduce 1.5 million kg of carbon emission per annum over a 25 year period. By joining CLP’s Renewable Energy Feed-in Tariff (FiT) Scheme2, the project will generate around $160 million up to the end of the FiT Scheme in 2033. After paying off the costs of the installation, HKUST will receive an average of $4 million per year that will be reinvested in further campus energy efficiency and greenhouse gas reduction projects. Part of the system will also be dedicated as a living laboratory for the University’s faculty and students to test out their ideas and projects related to solar energy systems. The first phase of construction began last month and the project will continue through 2021.

This project was developed under the University’s sustainability strategic plan, the HKUST 2020 Sustainability Challenge set in 2016, where the university has been identifying large scale initiatives to reduce energy, greenhouse gases, and waste. Taking the opportunity of the FiT Scheme – which encourages the community to develop distributed renewable energy systems – HKUST will install thousands of best-in-class and highly-efficient monocrystalline solar panels, including both the conventional and flexible thin film PV panels.

Find out more about other sustainability initiatives of the University:
HKUST Wins Asia Pacific Region Award for Remodeling Central Chiller Plant that Saves Millions of Dollars and Over 20 Percent of Energy Consumption

HKUST will be working with Widex Technology Development Limited – one of the most experienced solar power project developers in Hong Kong – to install the solar PV systems at more than 50 campus locations, including student and staff residences, academic and research blocks as well as sports and transport complexes.

To increase HKUST members’ environmental awareness and their understanding of renewable energy and sustainable development, HKUST will set up an innovative education center to showcase different types of solar panels and other new technologies such as insulation coating and solar cells. Dashboards will also be accessible by mobile phones to show real-time energy data generated across the campus.

The center will also serve as a platform to engage HKUST members for interaction and collaboration.  For instance, project teams of the Sustainable Smart Campus as a Living Lab (SSC) – an initiative launched by the University in 2019 for HKUST members to try out their smart and innovative ideas on campus – can make use of the center as well as the solar panel system to undertake research.

The Secretary for the Environment, Mr. WONG Kam-sing, said, “The HKUST’s large scale solar energy generation system is well recognised and serves as an excellent model. The project not only supports Hong Kong's transition towards a low-carbon society but also attempts to integrate research and education on environmental innovation and technology in a meaningful way.  The HKUST has distinguished itself as an inspiring exemplar to the younger generation!  Hong Kong is committed to implementing the Hong Kong's Climate Action Plan 2030+ and exploring the long-term deep decarbonisation strategy.  I look forward to seeing HKUST proactively take up the leading role of climate action and further demonstrate stronger support for clean energy, green building and energy saving, and waste reduction etc.  Let's join hands in mitigating climate change.”

HKUST Head of Sustainability Mr. Davis BOOKHART said, “We don’t have any obvious large locations for solar, but we were excited to discover lots of overlooked small spaces that really added up. Our team and Widex worked well together to find areas of opportunity we never thought possible. With our peer institutions engaging in similar efforts, the higher education sector has a real chance to set a positive example for the sustainable development of Hong Kong.”

HKUST is motivated to build a sustainable operations framework for the campus. In addition to the SSC campaign, which HKUST has invested over HK$20 million in 19 campus “living laboratory” projects, the University also made substantial progress on its 2020 Sustainability Challenge, preventing over 1,400 tons of waste from going to the landfill, a 46% reduction compared to the 2014 baseline. In addition, the University ended the year with an overall 6% decrease in campus energy consumption compared to our 2014 baseline, despite adding four new buildings – Cheng Yu Tung Building, Li Dak Sum Yip Yio Chin Kenneth Li Conference Lodge, Tsang Shiu Tim Sports Center and the Water Sports Center.

1 Based on the monthly consumption of 275 kWh of a typical three-member household
2 The Feed-in Tariff (FiT) Scheme is an important new initiative to promote the development of renewable energy (RE) under the current Scheme of Control Agreements (SCAs), which were signed between the Government and the respective two power companies in April 2017.  Under the scheme, people who install solar photovoltaic (PV) or wind systems at their premises can sell the RE they generate to the power companies at a rate as high as about five times more than the normal electricity tariff rate. For more details: https://www.gov.hk/en/residents/environment/renewable/feedintariff.htm

HKUST will install up to 8,000 solar panels at over 50 campus locations

HKUST will set up an innovative education center