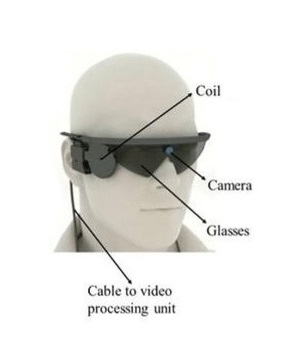 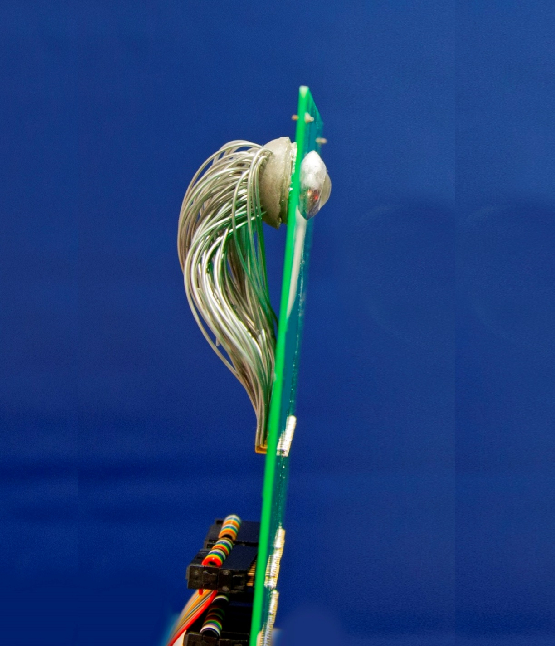 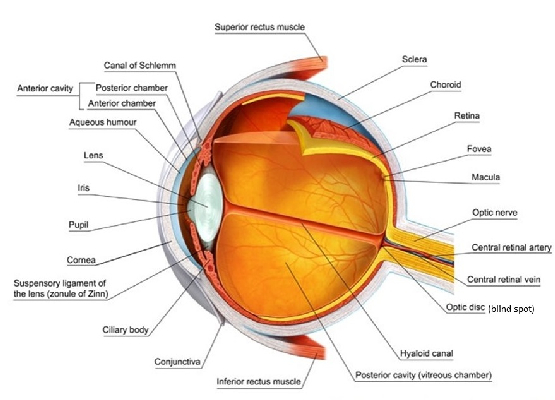 Structure of the Electrochemical Eye (EC-Eye) developed at HKUST 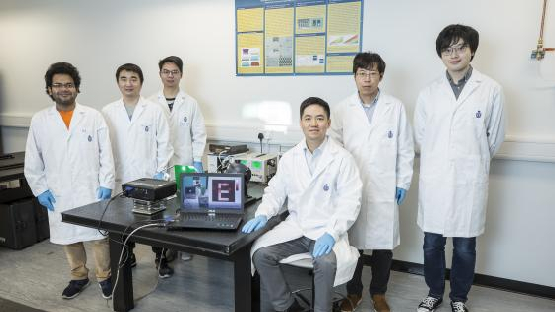 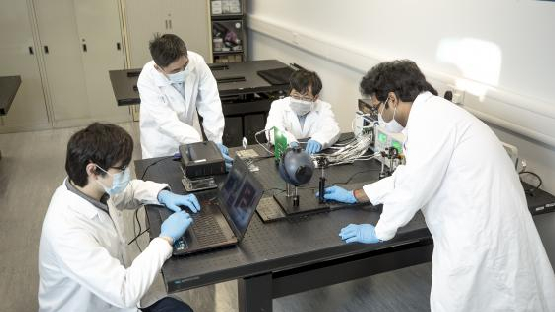 The team demonstrates how the Electrochemical Eye (EC-Eye) works. 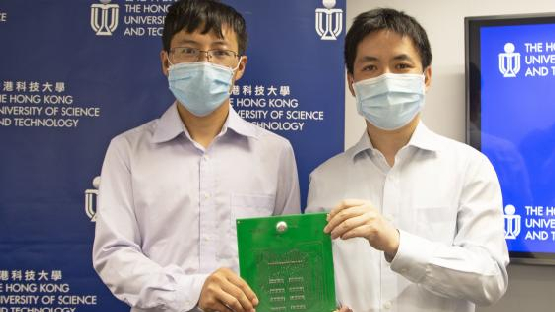 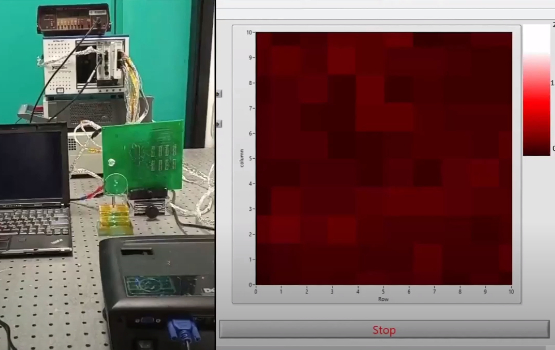 Scientists have spent decades trying to replicate the structure and clarity of a biological eye, but vision provided by existing prosthetic eyes – largely in the form of spectacles attached with external cables, are still in poor resolution with 2D flat image sensors. The Electrochemical Eye (EC-Eye) developed at HKUST, however, not only replicates the structure of a natural eye for the first time, but may actually offer sharper vision than a human eye in the future, with extra functions such as the ability to detect infrared radiation in darkness.

The key feature allowing such breakthroughs is a 3D artificial retina - made of an array of nanowire light sensors which mimic the photoreceptors in human retinas. Developed by Prof. FAN Zhiyong and Dr. GU Leilei from the Department of Electronic and Computer Engineering at HKUST, the team connected the nanowire light sensors to a bundle of liquid-metal wires serving as nerves behind the man-made hemispherical retina during the experiment, and successfully replicated the visual signal transmission to reflect what the eye sees onto the computer screen.

In the future, those nanowire light sensors could be directly connected to the nerves of the visually impaired patients. Unlike in a human eye where bundles of optic nerve fibers (for signal transmission) need to route through the retina via a pore - from the front side of the retina to the backside (thus creating a blind spot in human vision) before reaching the brain; the light sensors that now scatters across the entire man-made retina could each feed signals through its own liquid-metal wire at the back, thereby eliminating the blind spot issue as they do not have to route through a single spot.

Apart from that, as nanowires have even higher density than photoreceptors in human retina, the artificial retina can thus receive more light signals and potentially attain a higher image resolution than human retina – if the back contacts to individual nanowires are made in the future. With different materials used to boost the sensors’ sensitivity and spectral range, the artificial eye may also achieve other functions such as night vision.

“I have always been a big fan of science fiction, and I believe many technologies featured in stories such as those of intergalactic travel, will one day become reality. However, regardless of image resolution, angle of views or user-friendliness, the current bionic eyes are still of no match to their natural human counterpart. A new technology to address these problems is in urgent need, and it gives me a strong motivation to start this unconventional project,” said Prof. Fan, whose team has spent nine years to complete the current study from idea inception.

The team collaborated with the University of California, Berkeley on this project and their findings were recently published in the prestigious scientific journal Nature.

“In the next step, we plan to further improve the performance, stability and biocompatibility of our device. For prosthesis application, we look forward to collaborating with medical research experts who have the relevant expertise on optometry and ocular prosthesis,” Prof. Fan added.

The working principle of the artificial eye involves an electrochemical process which is adopted from a type of solar cell. In principle, each photo sensor on the artificial retina can serve as a nanoscale solar cell. With further modification, the EC-Eye can be a self-powered image sensor, so there is no need for external power source nor circuitry when used for ocular prosthesis, which will be much more user-friendly as compared with the current technology.

Find out more on other works of Prof. Fan's:
HKUST Holds One Million Dollar Entrepreneurship Competition in Five Cities for the First Time

Structure of the Electrochemical Eye (EC-Eye) developed at HKUST

The team demonstrates how the Electrochemical Eye (EC-Eye) works.